The longly awaited trailer for the newest DC movie, Justice League, has arrived....and...it. Is. Glorious. Batfleck is back, but let's try not to hold that against the film. Jason Momoa is bringing a gritty take on the previously blonde Aquaman. Gal Gadot is bringing strength to the screen as Wonder Woman. Henry Cavill is reprising his role as Superman. Ray Fisher is back as Cyborg, and will be continuing as the character in The Flash movie, slated for release in 2020. And la

Marvel Movies for the Next few years!

Marvel has released information on its upcoming films. On the docket are (soon-to-be blockbusters...hopefully) such as: Doctor Strange (starring Beneidct Cumberbatch? Maybe..we'll see November 4, 2016) Avenger's Age of Ultron (Trailer to the right...WOW!) Captain America 3: Serpent Society Antman Guardians of the Galaxy Sequel (Scheduled for cinematic release May 5, 2017) Thor: Ragnarok (July 28, 2017) Black Panther (November 2017...interested to see where the go with this an

I remember the summer and fall of 1996. My best friend at the time, Jobed, and I watched and quoted Independence Day religiously. I even played the game on my Sega Genesis. #OldSkoolGamer I was admittedly skeptical about the movie. This was due largely in part to the fact that Will Smith was not involved. Still, the kid in me had to see the film. The exposition for the 20 year gap was clumsy and felt redundant as it kept getting brought up. I could forgive this, if there had 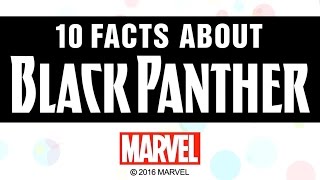 Ok...so Black Panther and I are not an item. A girl can dream though. Marvel just released this video in an attempt to get fans hyped for the film's Black History Month release in 2018 (as well to promote the comic book written by one of intellectual crushes, Ta-Nehisi Coates). First, let's just say that Black History Month 2018 is going to be lit! I suggest everyone start stocking up on Black Panther (T'Challa), Storm, Black Power Ranger, Nick Fury, Miles Morales and War Mac

I finally got to the theater to watch this movie. After reading the book, I can't really say that I had high expectations for the film. I could easily see, however, why the book would be optioned into a film. This past decade has basically been the decade for young adult novels being adapted for the screen, and I am not complaining. It makes sense a book that’s sold more than 3 million copies to be adapted. James Dashner’s series already has a following (I assume since there

I was really excited to see this movie...but was let down. The film tried to tie to way too many things in the first book and tie up the loose strings from the first movie. It was a hot, boring, slow mess. Visually stunning as usual, the sequel did not live up to its predecessor. Casting wasn't as strong either. Eva Green as the femme fatale, Ava, fell a little flat for me. Crowd favorites Marv (Mickey Rourke), Nancy Callahan (Jessica Alba) and Gail (Rosario Dawson) returned

Page to Screen: Vol. 2: Sin City A Dame to Kill For

I just picked up Sin city: A Dame to Kill For the graphic novel and finished it almost as quickly as I picked it up, and wow! This book packs a punch. I will be very careful in what I reveal about the book. I don’t want to give anything away to new readers or people who get super angry at spoilers. There is kind of a little spoiler in here though…so…don’t hate me! The story begins by introducing the audience to Dwight. He is a photographer and is hired to take photos of a di

The predominating cinematic trend for superhero movies has recently been one of realism; this especially true for DC films. Marvel films tend to be a little tongue-in-cheek making them enjoyable for (i.e. marketable to) the whole family, while DC’s films have been gritty, dark and at times esthetically breathtaking. The few characters that have gone slightly against the grain on this have been the Green Lantern and the Fantastic Four franchise, which neither of those fared as

Save the Dates! (Or at least the vicinity of said dates...)

Release dates are a double-edged sword; they give you something to look forward to but are not necessarily set in stone due to production issues and unforesen circumstances. Still, let's throw caution to the wind. Here are release dates for both Marvel and DC...with Marvel listed first because...I'm a Marvel girl. Avengers: Age of Ultron...also to be known as Avengers 2 Avengers: Age of Ulton is slated to come out durin sometime next summer although some sources say that the

So I went so see the film adaptation of The Giver last night. While it was not what I expected, I was not disappointed. The movie begins with Jonas (Brenton Thwaites), our protagonist, narrating the rules and giving a little back-story about the community. This sets up the culture that has been established within the Community nicely. Instead of beginning a couple days or so before the Ceremony of Twelve, it starts almost right before what the movie called their graduation ce
1
2